To commemorate the 500th anniversary of the death of Leonardo da Vinci, the Istituto della Enciclopedia Italiana Treccani is making its debut entry into the world of exhibitions with a multimedia exhibition in Palazzo Reale, produced along with the Municipality of Milan. The exhibition is curated by Studio Azzurro, who integrate diverse languages and skills, including video, graphic animation and interactive systems, to mount an intriguing, complex project, with the technical support of art historian Edoardo Villata.

The exhibition itinerary proceeds through a series of seven video installations, five of which are interactive. The installations envelop the viewer in a world of images and sounds based on Leonardo’s multifaceted legacy, through which the genius “speaks” of his time and of our own.

Each of the spectacular machines, freely inspired by Leonardo’s drawings, corresponds to one of the exhibition sections: Observations on Nature, The City, The Landscape, Peace Machines, War Machines, Anatomy Table, and Painting.

Studio Azzurro has conceived a space that immerses visitors in the world of Leonardo’s imagination – a world of machines, some as clear as his horizons, others as opaque as the paper of his notes. The experience is designed to lead visitors from observation to participation as they advance among forms with the geometric rigour of Luca Pacioli’s Platonic solids, reshaped here into useful tools. This world of machines transformed into narrative devices, of enormous pages of notes waiting to be reawakened, surrounds the visitor in a dim light from which emerge the colours of the wood, canvas and paper. The interaction takes place in various ways, principally through a modulation of light and voice.

In four of the sections, visitors are invited to choose key words taken from Da Vinci’s lexicon. By saying them aloud, a video is activated in which Leonardo’s drawings appear beside, superimposed with, or reinterpreted by hyper-realistic, or at times almost abstract, video imagery. “In some cases, the elaborations or juxtapositions underline and accentuate the disturbing, subversive quality of Leonardo’s drawings, while in others, they provide a sort of affectionate and ironic counterpoint – an approach that Leonardo would surely have appreciated,” writes Dr. Villata. “Thus visitors find themselves in direct contact with numerous examples of Leonardo’s ideas and studies – bird’s eye views, machines for civil and military use, maps, anatomical studies of horses and birds, as well as fearsome images of floods, faces deformed by rage, and melancholic thinkers, but then also tender, amusing images of dogs, cats and crabs. All of these are accompanied and enriched by sounds, which sometimes come together to suggest a piece of music, and by quotes from Leonardo’s manuscripts.” 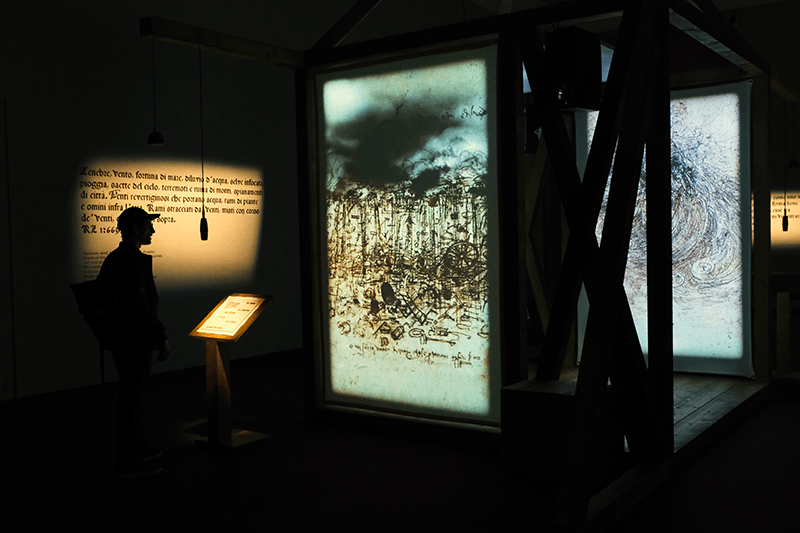 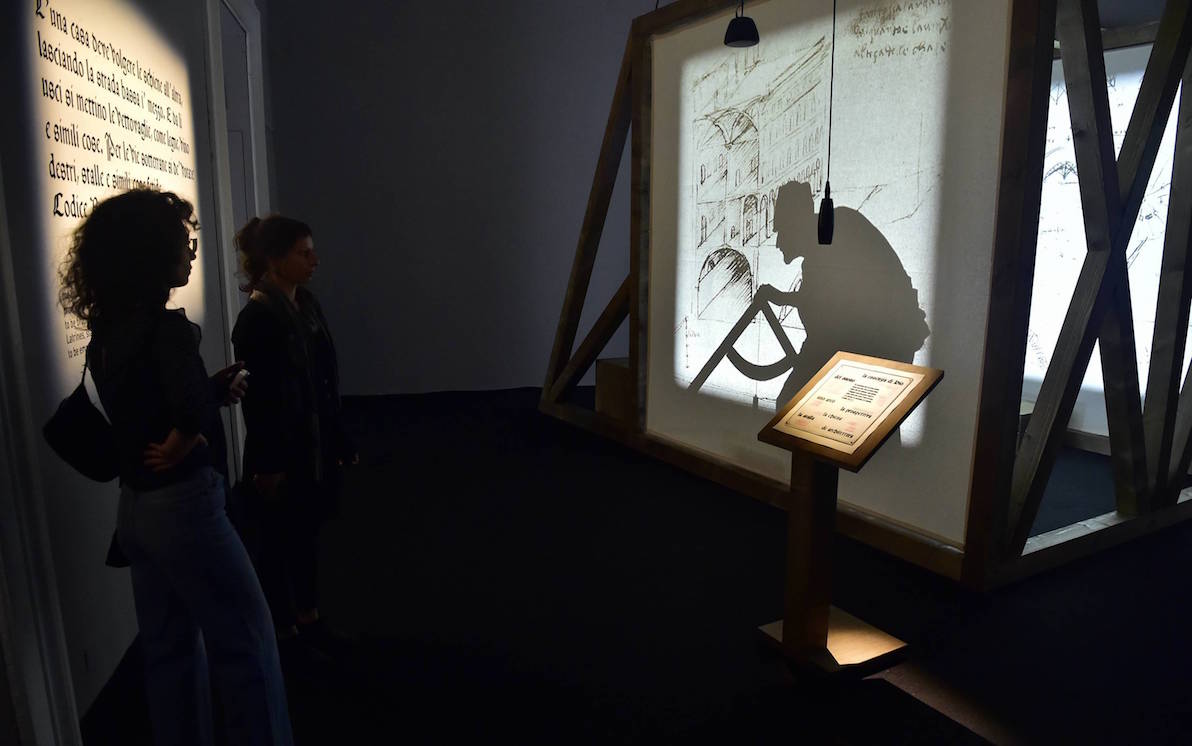 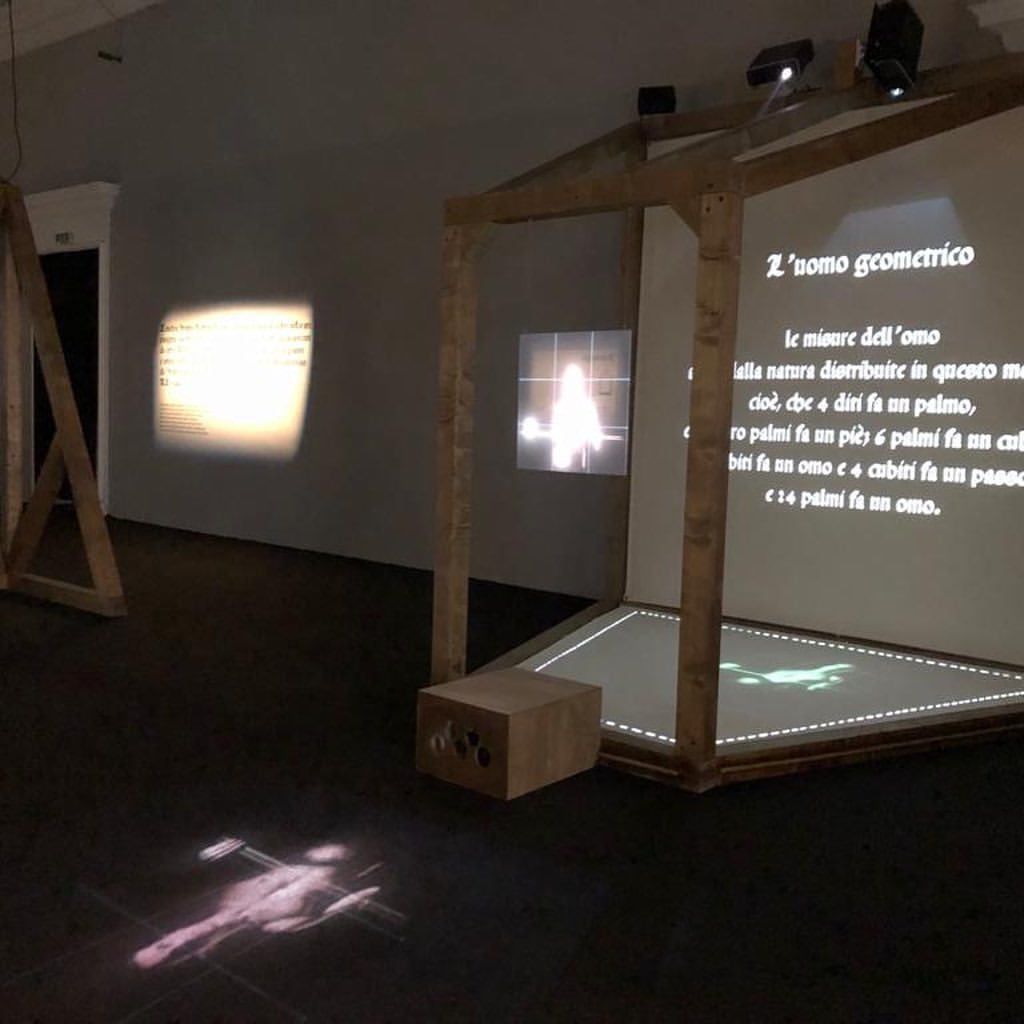 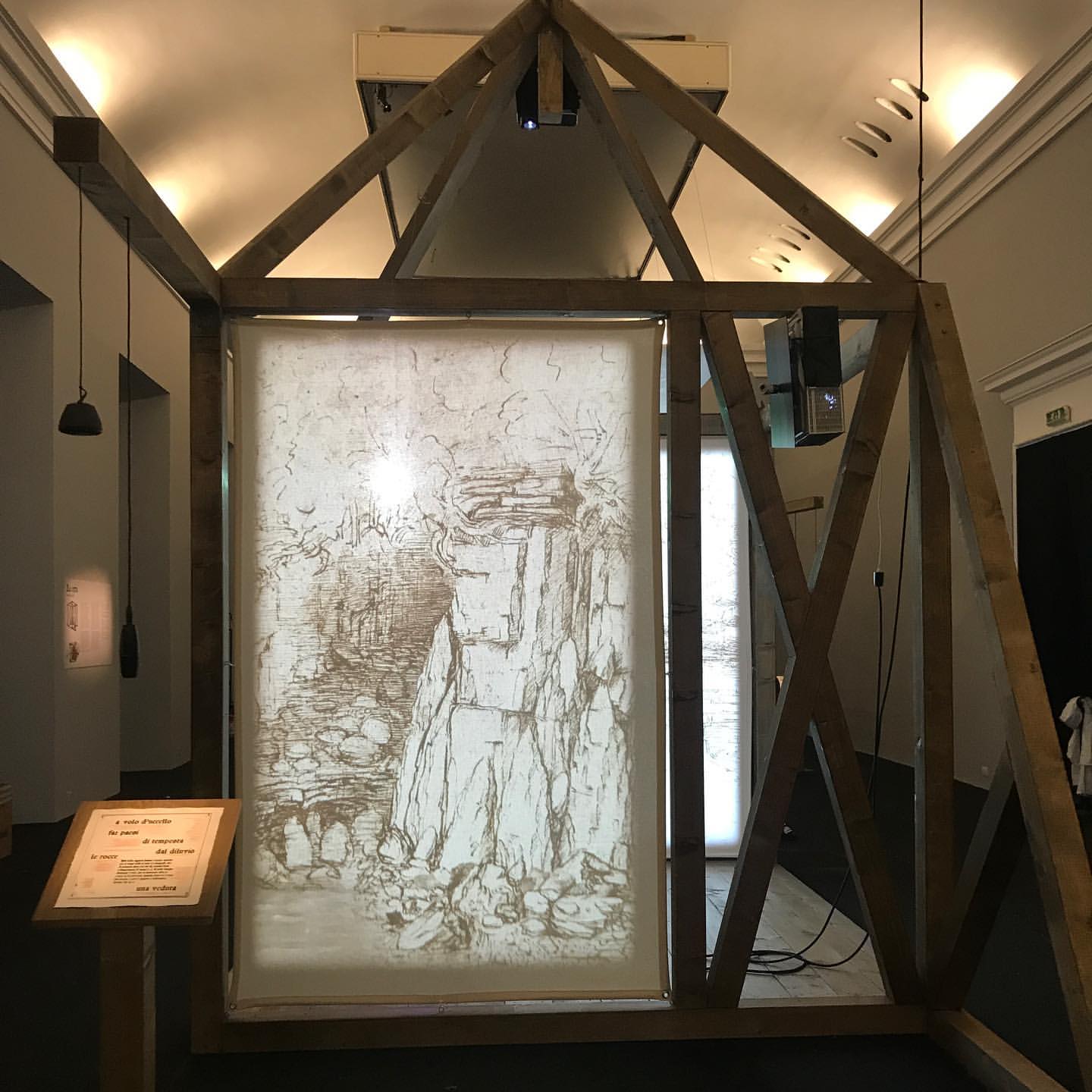 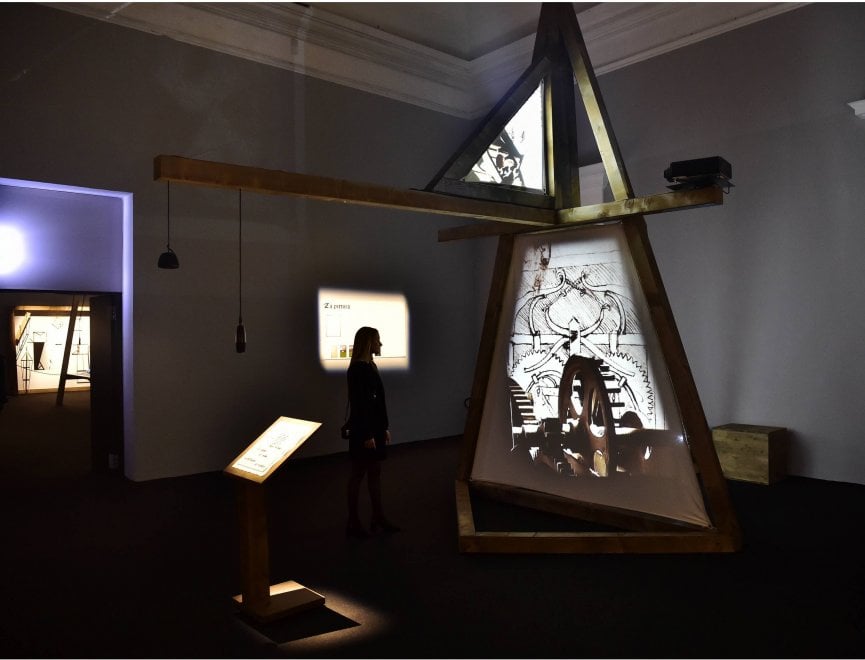 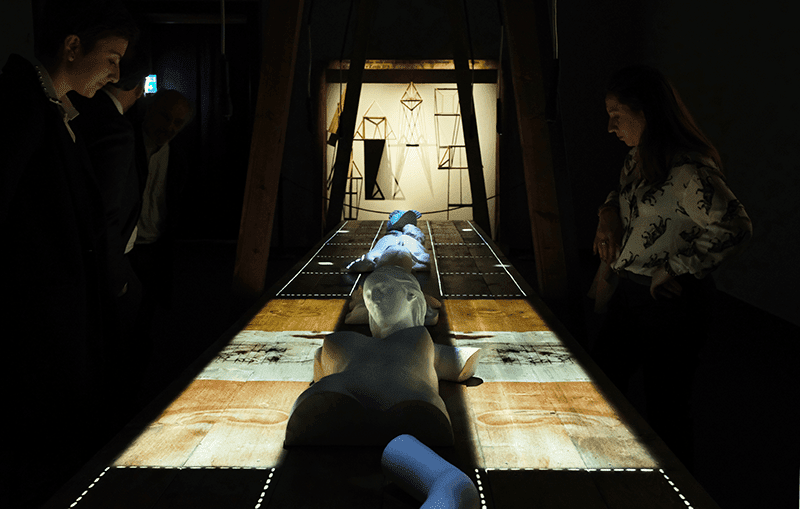 Cookies are used to improve the services we provide and optimize the experience's user. Continuing navigation without changing your browser settings, you agree to receive all cookies on the website. Read more …